Beer production tanks for the secondary fermentation, with a horizontal orientation

The horizontal orientation of the tanks is practical in breweries with insufficient height for the location of vertical cylindrical beer maturation tanks.

Horizontal cylindrical beer maturation tanks can be positioned in several layers to maximize their number according to the available room height. The main disadvantage of horizontally oriented tanks is, in particular, poor access to hidden space between of the tanks, where is accumulated dirt, which may be the source of unwanted infections of yeast and beer. We recommend the horizontal tanks only for breweries with a really low ceiling height in the beer cellar room.

What is the beer maturation tank intended for ? 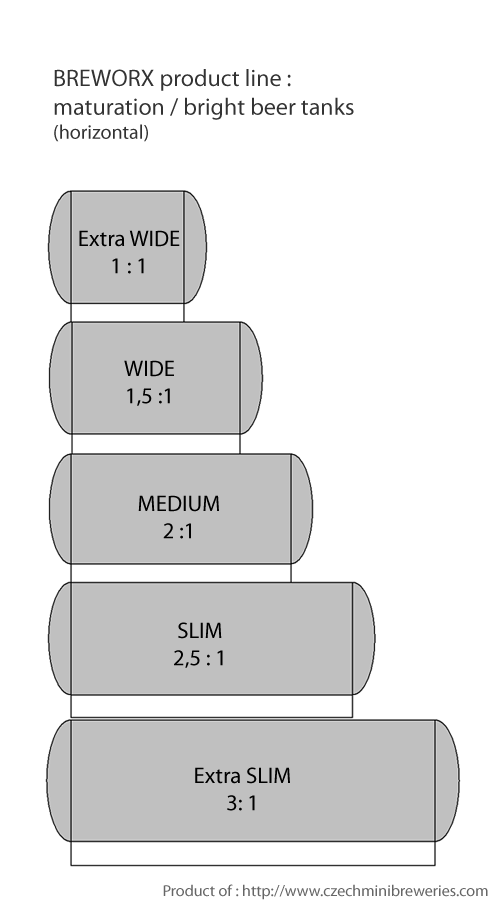 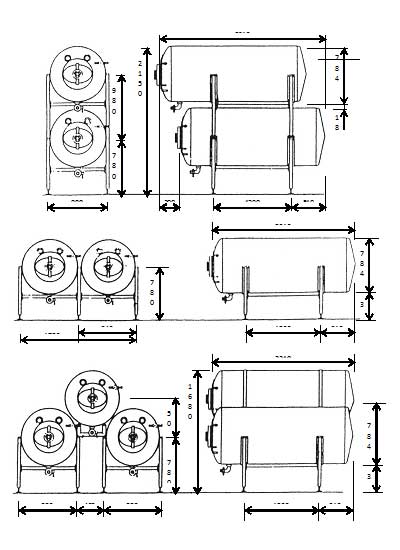 We offer two variations of this type beer tank :

The fully insulated cylindrical beer maturation tanks cooled with liquid are a professional solution for all restaurants keepers for whom the savings of operating costs are at the very first place. Tanks include cooling channels with the flowing cooling liquid. The tanks have a cylindrical part insulated with PUR foam. Also both bottoms of the tank can be insulated for extra surcharge. The outer jacket is covered with insulation and it creates a clean design of stainless steel tank. It is possible to place the tanks in a non-insulated room because insulation provides the protection against unwanted escape of cold from beer tanks. Their advantage is mainly their low electric consumption when the tanks are cooled, the need of the less powerful liquid cooler and high comfort for operators because people may not work in air-cooled space.

These cylindrical beer maturation tanks have the easiest construction therefore there is possible to purchase them for the lowest price. We produce these tanks in single-jacketed version without any cooling channels. Tanks have to be placed in insulated chilled room or insulated cooling box, where the space is cooled with external air cooling unit. Main advanatage is their low purchase cost. Their disadvantage is that the temperature in each tank cannot be regulated independly regardless of the other tanks. The human operating comfort is lower as well because operators work in cold and humid surroundings. The electric consumption is higher when tanks are cooled with air instead the liquid. Yet this type of tanks is most commonly used in brewery restaurants mainly due to investment savings. 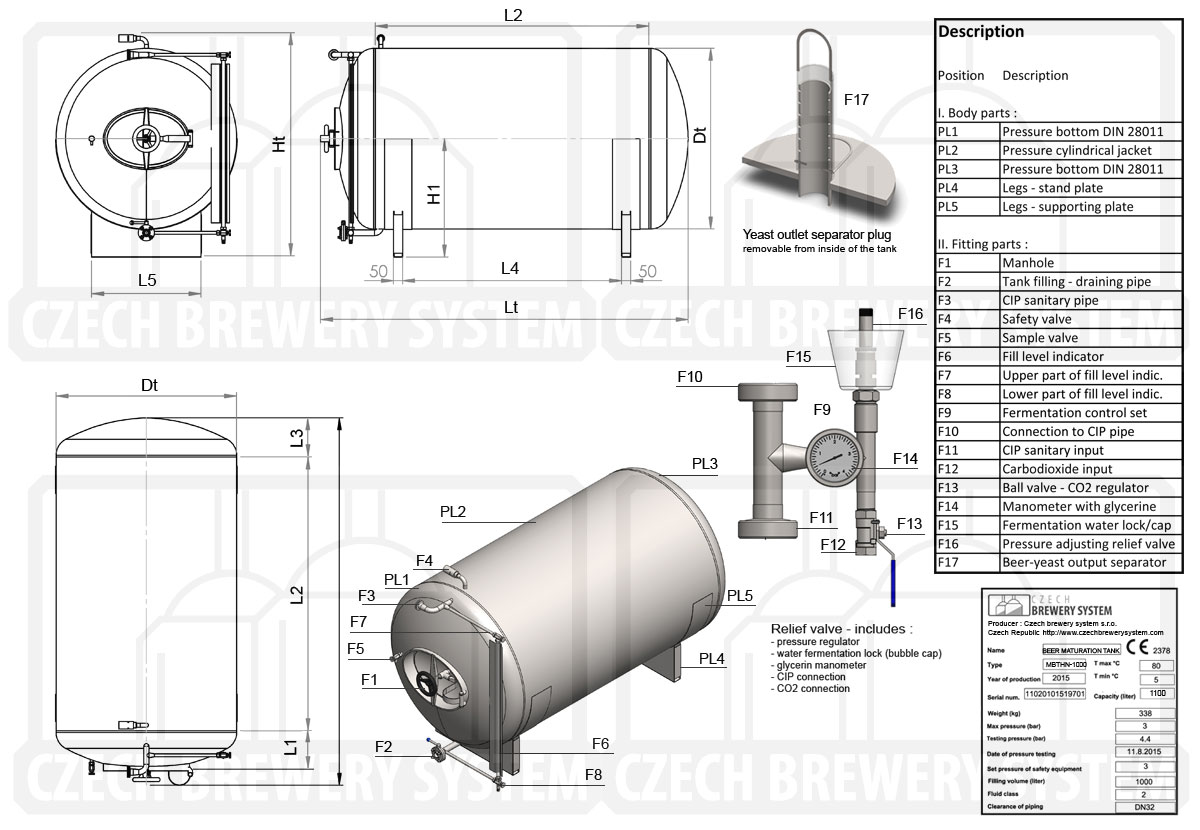 >> More about the beer maturation tanks …